Children can Get Tuberculosis: Here’s How 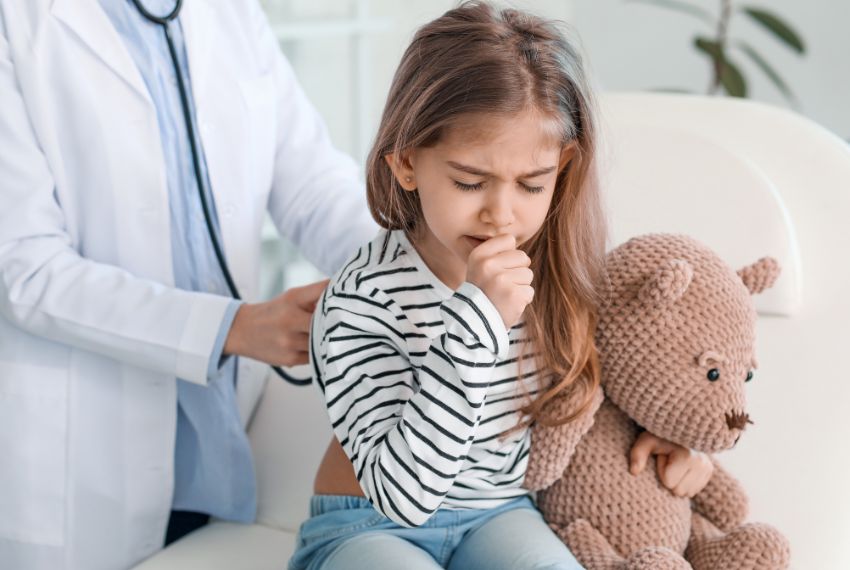 Children Can get Tuberculosis: Here's How

Tuberculosis (TB) is an ongoing or chronic infection caused by bacteria. It usually infects the lungs. However, other organs such as kidneys, spine, or brain may be affected. TB is most often spread through droplets breathed or coughed into the air. A child can be infected with the TB bacteria and not have active disease.

WHAT CAUSES TB IN A CHILD?

WHO IS AT RISK FOR THIS?

Children and teens who are at risk include the following:

WHAT ARE THE SYMPTOMS OF TB IN A CHILD?

Symptoms occur a bit differently in each child, depending upon the stage in which they are. The most common symptoms of active TB in younger children include:

WHAT ARE THE DIFFERENT STAGES OF TB INFECTION IN CHILDREN?

The stages of TB in children can be as follows:

This occurs when a child has been in contact with a person who may have or does have TB. the child will have a negative skin test, a normal chest X-ray, and no symptoms.

This occurs when the child has TB bacteria in his or her body, but does not have symptoms. The infected child’s immune system causes the TB bacteria to be inactive . For most people who are infected, the Tb will be latent for life. This child would have a positive skin test but a normal chest X-ray. He or she can’t spread the infection to others.

This is when a child has signs and symptoms of an active infection. This child would have a positive skin test and a positive chest X-ray. He or she can spread the disease if untreated.

HOW IS IT DIAGNOSED IN CHILDREN?

If the child is at risk for getting TB or having severe disease, they should be tested. The type of test depends on the age of the child.

HOW IS IT TREATED IN CHILDREN?

It can be treated as follows:

A chest X-ray is ordered to determine if there is evidence of active or past infection in the lungs. If the X-ray does indicate the possibility of active infection, then the pediatrician also will search for the TB bacteria in the child’s cough secretions or in their stomach. This is done in order to determine the type of treatment needed.

They are still infected. The pediatrician will then prescribe medications to reduce the risk of infection getting worse. The type of medication is based on what is best suited for the child’s age, ability to swallow pills and whether the medication is taken at home or at the pediatrician’s office.

The pediatrician will prescribe 3 or 4 medications. These would be given to the child for 6 to 12 months. The child or teenager may have to be hospitalized at first to get treatment started. Most of it would be carried at home.

Tuberculosis or TB in children is an ongoing infection caused by bacteria. This disease is often neglected and goes unnoticed until later stages. It usually affects the kidneys, spine, or brain. TB is most often spread through droplets breathed or coughed into the air. A child can be infected with the TB bacteria and not have an active disease. The only solution to an early detection and treatment is being aware of the symptoms and getting the tests done on time in order to cure it easily. Reach out to a reliable Pediatric TB Specialist to get early detection and effective treatment for your child.