Asthma: Will My Child Be Able to Overcome It? 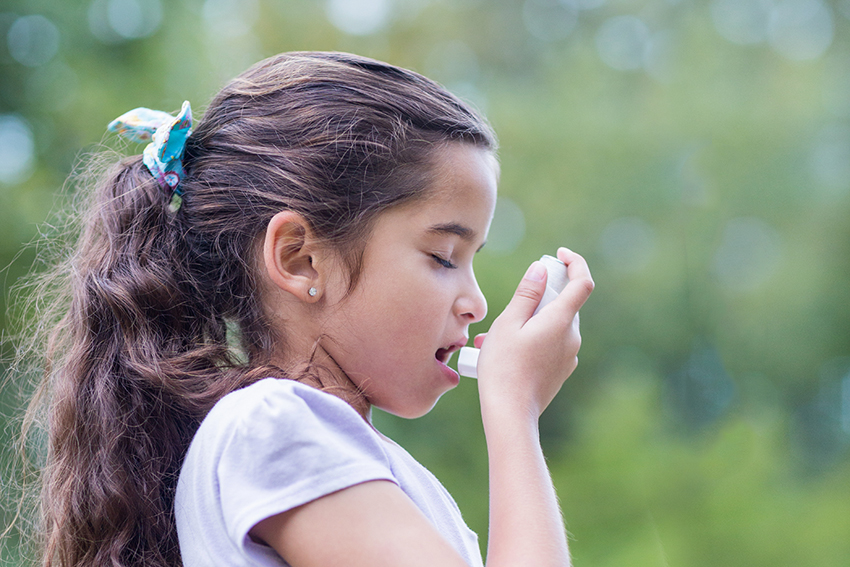 Asthma - Will My Child Be Able to Overcome it?

Asthma – What Is It?

Asthma is a health condition that causes the airways to narrow and swell, this might produce extra mucus which can make breathing difficult and induce coughing/ wheezing  and shortness of breath. Asthma can occur differently in different individuals with varying severity.  However, it is important to note that the symptoms can be helped over a period of time through medication and appropriate lifestyle changes.

Asthma in children, in most cases goes undetected due to lack of knowledge or facilities. Asthma is a disease which affects about 1 in 12 children across the globe. This primarily affects children above the age of 7 in most countries, along with episodes of allergies. Once a child’s airways become sensitive, it continues to stay that way for the rest of their lives. The severity of it however depends on whether the child gets triggered or exposed to certain allergens which further induces the condition. This condition drops by 50% in children, once they reach their puberty.

Childhood asthma is the same as the one found in adults. In case of children the cause of asthma in general is the environment and genetics. An asthma attack can occur when your child is exposed to an asthma trigger. An asthma trigger is a situation where the symptoms of asthma are worsened. Some of the different triggers can be :-

It’s caused by allergens. Allergens are substances that cause an allergic reaction. They could be:

It is caused by triggers that are not allergens. They can be as follows:-

It happens during physical exercise, especially when the air is dry.

WHO IS MORE AT RISK DUE TO THIS?

These factors may raise the risk of asthma in children:-

When the mother smokes during pregnancy, or around the child/children. This results in the child getting exposed to passive smoking which makes the lungs in children weaker and more prone to allergies.

Children are more likely to have asthma if one of their parents has it, especially if it’s the mother. If the family has a history of asthma on the mother’s side, then the child has a higher chance of developing asthma in their lifetime.

Some conditions which trigger asthma in children are viral infections such as common cold, exposure to air pollutants such as tobacco smoke, allergies due to dust mites, pollen in air, pet dander, pollen or mold.

Conditions like having viral infections in the nose, lungs, sinuses and throat induce asthma in children more often. These infections are asthma triggers for the body.

It results in airflow obstruction and mildly diminished response to inhaled corticosteroids. It heightens the risk of exacerbation or worsens disease stability in children.

WHAT ARE SOME OF THE SYMPTOMS IN CHILDREN?

HOW IS ASTHMA TREATED IN CHILDREN?

WHAT IS THE SOLUTION?

Some of the ways in which asthma in children can be treated are:

Triggering elements like smoke, dust or allergens can induce the symptoms of asthma or aggravate the condition to an extent where it becomes difficult for the child to breathe normally on a frequent basis. In order to prevent these triggers, the following steps are suggested:-

Quick-relief medicines help prevent symptoms during an asthma attack. They include an inhaler to have for your child at all times. Some other short term relief medications include Albuterol (ProAir HFA, Proventil HFA, Ventolin HFA), Levalbuterol (Xopenex HFA) and Metaproterenol. Consulting the pediatrician is a must before you go on with the medications.

They work by reducing airway inflammation and preventing narrowing of the airways. Not all children would require medications. Some of them include:

They include montelukast (Singulair), zafirlukast (Accolate) and zileuton (Zyflo). They can be used alone or as an addition to treatment with inhaled corticosteroids.

HOW TO GIVE MY CHILD ASTHMA MEDICATION?

This can be done in the following steps but it is mandatory to consult a Pediatrician before following any of these steps.

In the treatment of Asthma, it is mandatory to address the condition if it persists even after certain precautions and medications. Even though it is not a life threatening condition, it can become extremely severe during adulthood. Treatments like using Nebulizers, keeping the surroundings clean and maintaining self hygiene are some of the ways in which the symptoms as well as the after effects of asthma can be reduced.

The ailment can definitely be helped with proper care and appropriate guidance from a pediatric pulmonologist.