Best Neonatologist (NICU) in Kompally – Dr. Viraraghavan V.R​ holds vast experience in the field of neonatology. A graduate of Madras Medical college, Chennai, he pursued his MD in Pediatrics from the prestigious Lady Hardinge Medical College in New Delhi. With his specific interest in Neonatology, he pursued his super specialization in the same institute, where he obtained his  DNB and DM in  Neonatology. With his active involvement in clinical, academic and research activities, he was awarded the best DM Neonatology resident during his tenure.

Dr Viraraghavan was also trained in two of the renowned hospitals in Oslo, Norway, where he  gained experience in advanced neonatal care.  He carried on to work as Consultant Neonatologist for some years in India and then moved to John Radcliffe Hospital, Oxford University Hospitals, Oxford and trained as a Clinical Fellow in Neonatology. During his tenure at Oxford, he gained vast clinical exposure in managing neonates born at threshold of viability including those newborns born at 22-24 weeks of gestation. With his academic and research interest and his zeal to continuously update himself in the vast field of Neonatology, he has more than thirty five publications under his name in various peer reviewed high impact international journals. He is also credited with various International and national presentations in his field.

At Ankura, he is actively involved in organizing academic sessions for our continuing medical education programmes and also contributes in training our fellows in neonatology. He is skilled in all kinds of neonatal procedures and specializes in providing essential and advanced newborn care

Get In Touch With Us 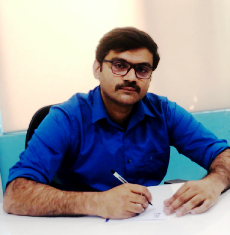